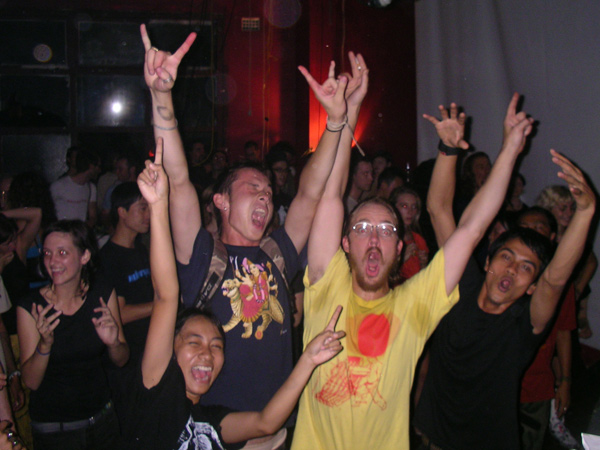 David Harris (Toecutter) is a noisician artist known as Toecutter, electronic music producer, cultural interventionist and self directed Yurt Builder and Designer. For the last 15 years he has been initiating and collaborating in diverse projects as stop-motion animation, anti-dance plunder-phonics, squat parties, a couple of Sydney’s printing collectives, D.I.Y. music label distribution, screen printing and was one of the founding members of Sydney’s most popular artist run space “Lanfranchi’s Memorial Discotheque” in Chippendale (from 2002 – 2004).   He has also been touring Europe with the Toecutter project and developing skills such as welding, plumbing, carpentry, sewing, archery, and butchery.