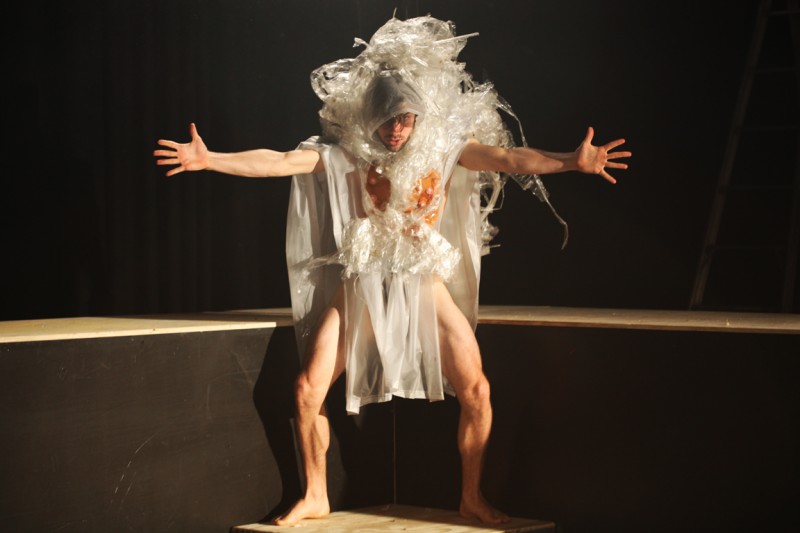 Matt Prest is a performance maker. With a background studying performance and installation art, his work focuses on the experiential possibilities of theatre as live performance. He holds a BFA in Sculpture, Performance and Installation, from COFA, UNSW and has trained at Ecole Philippe Gaulier, Paris in Bouffon and Clown.   Matt has been a lead artist in the cross-disciplinary theatre works:  The Tent (Next Wave Festival 2008, Liveworks Festival Performance Space 2008, Campbelltown Arts Centre 2009, Darwin Festival 2010, PICA 2010),  Hole in the Wall with Clare Britton (Next Wave Festival, Performance Space and Campbelltown Arts Centre 2010) and Whelping Box with Branch Nebula and Clare Britton (Performance Space 2012).   He has been awarded a 2010 Green Room award for Hole in the Wall and nominated for a 2012 SMAC award for Whelping Box. He is a current recipient of a Creative Australia Fellowship for Young and Emerging Artists from the Australia Council 2012-14.