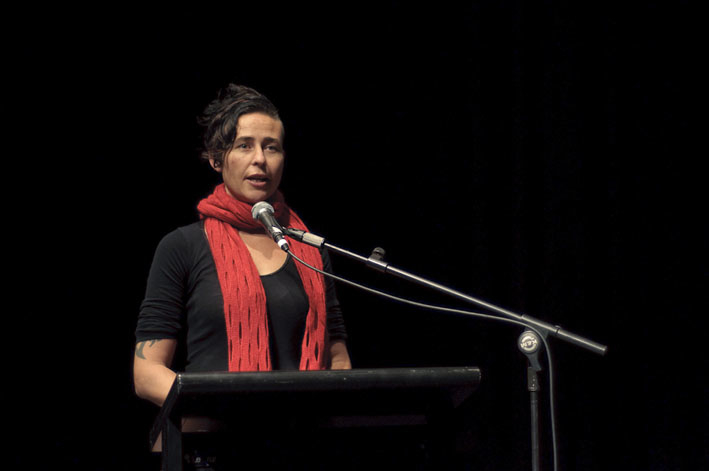 Rebecca Conroy is a maker and doer who shifts between directing, writing, producing, producing and organising across site based events, performance, curation, and discursive practices. From 2007-2010 she was the Director of Bill+George an artist led space in Redfern which produced a range of events and arts based advocacy for the artist run sector. From 2005 – 2008 Rebecca co-directed Gang Festival, a creative exchange with Indonesian artist run spaces which brought out 11 Indonesian artists from participating collectives to collaborate on a site specific festival in the laneways of Chippendale, as well as a number of exchange projects around Australia. She was Associate Director at Performance Space (2008-2010), dramaturge and researcher on the Great Wall of Books for Well Productions ( Mexico, Sept – Nov 2010), lead provocateur on both the Splendid Arts Lab (2009) and the Artist Wants A Life Lab in the Central Desert (Alice Springs, 2012) and is currently working as the critical writer for two site based works Temporary Democracies (Campbelltown Arts Centre) and Practice & Participate (Urban Theatre Projects).