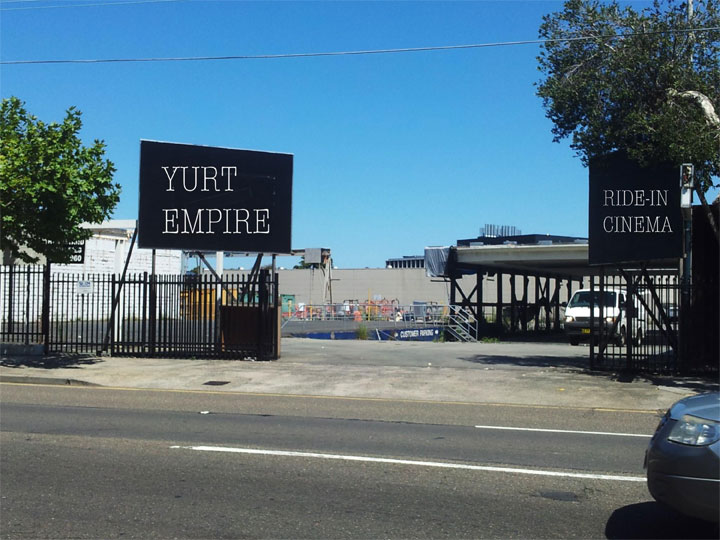 Yurt Empire conductor Rebecca Conroy presented at  ‘Pop Up Spaces: Creating & inspiring the city’, hosted and facilitated by the National Association for the Visual Arts Ltd (NAVA) on Thursday, April 11, 2013.

Bek positioned Yurt Empire as an ‘anti-pop up tactic’ to reflect on urban renewal and the reciprocal relationship between artists and the spaces they inhabit.

Pop offs are an attempt to respond to the scarcity of space in the city a scarcity that has nothing to do with a deficit of actual physical space, and everything to do with how the marketplace is keeping these resources out of circulation. Pop ups are one response to putting spaces and property back in circulation. But we can not be naive about where this concept comes from and the range of agendas who are promoting it; this circulation is part of a neoliberal strategy that is also intending to take their cut along the way. It is up to artists and creatives to understand this and sit fully informed at the bargaining table and make sure they get a fair cut of the goods they produce.

Rather than seeing its genesis in the site extinguished by its inevitable move on, Yurt Empire is kindling for a more permanent fire, which is about whole of life living systems, which are generated through processes of disruption, friction, and change.

Yurt Empire considers the downsides and the critical issues bound up in pop ups and urban renewal more broadly; Yurt Empire is an example of how urban renewal can become a rich site for investigation and experimentation with site.