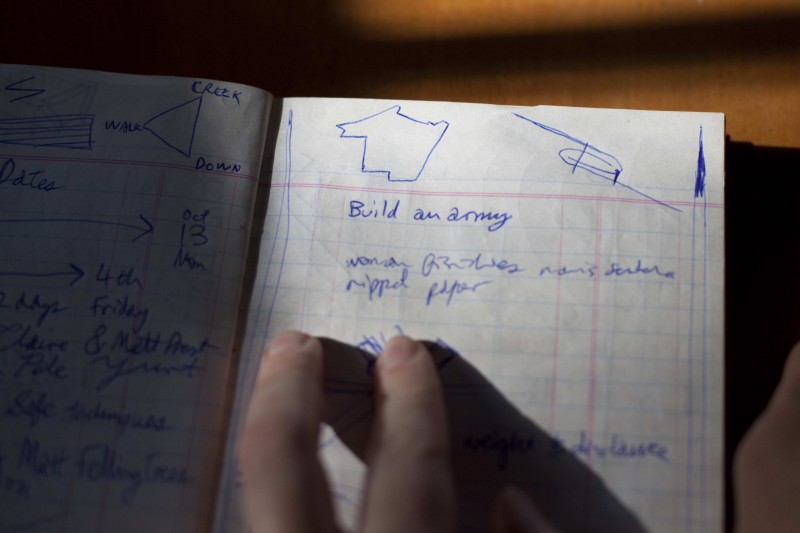 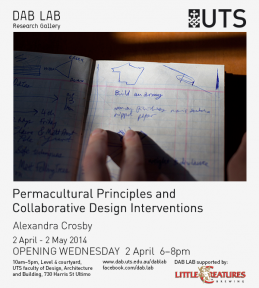 Yurt Empire is testing the resilience and flexibility of permaculture design principles in complex city systems.  Yurt Empire artist Alexandra Crosby has made this the focus of her new exhibition at UTS opening on April 2.

Over the last decade what design activism looks like has changed dramatically. In a city like Sydney activism is sometimes hard to recognise. It is complex, messy and hybrid. Like an ecological disturbance, it is both effected by and effects everything around it. The Yurt Empire is a collaboration formed around deeply political concerns, and it is one of the few documented examples of the complexity of interdisciplinary activist collaborations in Sydney. Sometimes collaborations like this are terribly frustrating, they don’t produce the results and generate the impact required to make easily recognisable change. Sometimes they are, quite literally, planting seeds.

Yurt Empire has been designed according to permaculture principles, over three collaborative design labs, at 107 Projects (Redfern), Milkwood Permaculture (Mudgee), and Green Square Library (Green Square). We began by designing speculative communities for the future, in which our goals for sustainability and collaborative potential were unleashed. We have used a range of design thinking methods, futuring, prototyping, speculative community design, game design, media analyses, SWAT analyses, permaculture assessments, drone mapping, bodystorming, and, of course, some satire.

This exhibition concentrates on the macro design of the project, with particular attention to the way the collaboration has been slow and responsive. It presents a number of discursive maps to investigate and document how the team establishes and deals with their own boundaries between reference and appropriation as they remix the form of the Mongolian yurt through multimodal, site specific and performative iterations.

PLEASE JOIN US FOR THE OPENING WEDNESDAY APRIL 2ND, 6PM-8PM