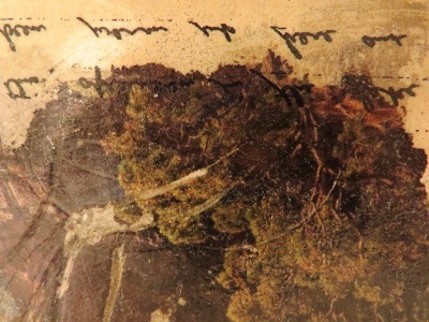 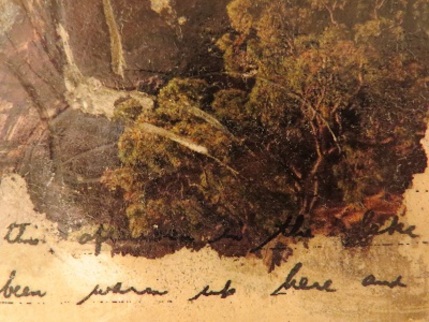 Last week Craig and Jen from Yurt Empire took part in the latest in late night library nights spreading across the City of Sydney. The title of this chat fest was Sketches of Land. Below is the full text of the ideas they presented. More information on the event here: LATE NIGHT LIBRARY @ GLEBE: SKETCHES OF LAND | What’s On – City Of Sydney.

The Politics of Dwelling (Earlwood Farm and The Yurt Empire)

The environmental crisis is, as we all know, a problem of the entire earth system. Those who care about the environment or nature have to swiftly learn to think ecologically, by joining the dots between the patch of land we want to save and its opposite, be it a protected wilderness area and a coal mine, or a place of unique ecological significance for its biodiversity and the Dead Zone in the gulf of Mexico, for example. But it also gives us pause to consider the links between our own backyards or balconies and the wider world.

While activism is at its bravest and boldest, and arguably most effective, on a large scale with organisations and large groups lobbying to protect and expand heritage areas, stop new and remediate old coal mines, for instance, Craig and I are engaged in activities that operate on a much smaller scale.  And tonight we will sketch the faint outlines of two projects, Earlwood Farm and The Yurt Empire. These project focus specifically on what we call, after the late Australian environmental philosopher Val Plumwood, “the politics of dwelling”. These projects involve more than just ourselves and they aren’t related to saving or preserving a specific patch of land, as such. Rather they are ways for us to rethink how we live on or with land and how to work with both the spatial and temporal politics of our stewardship of land during our lifetimes.

In her article “Shadow Places and the Politics of Dwelling” Plumwood argued that we need to reconceptualise environmental justice by complicating our understanding of place. While cherishing a home place is important, too often it can lead to a place-based Romanticism, where we care for our own patch but nothing outside of it.  But, Plumwood argued, caring for one’s home plot or dwelling should not come at the expense of others; in the creation of a home beautiful, we should not also destroy a “shadow” place that we can’t see but nonetheless in some way supports and sustains the home beautiful: the shadow place that grew the materials we import to renovate our home, or the pesticides that remain in the soil where our food was grown, or, indeed, the waste dump that accepts our weekly bin load, for instance. But this is no small task. Indeed, she argues, “It is a project whose realization …  is basically incompatible with market regimes based on the production of anonymous commodities from remote and unaccountable places.” In other words, remaking place in this sense is part of a political project to remake the whole world. And, we agree that such a project is totally incompatible with the dominant mode of capitalist production and consumption. Small steps are needed and with a challenge so large, but to quote Stuart Hodkinson’s article “The Return of the Housing Question”, “Our only option is to fight from the particular, but then we clash against the force of the whole.”

Earlwood Farm is a rental property on a quarter acre block in the Sydney suburb of Earlwood. We live there with three other humans, three other chickens and thousands of worms. It is an experiment in investing in place with love and labour, but without the perceived security of ownership. We grow some food, we are working on building communities around alternative models of living, we hold art events, dinners, conferences and lectures on site and we write and, soon, we will record interviews in order to publicise and communicate the many ideas contained within this small share house on a hill.

Of course, EF is nothing new, in the sense that many people already do this share living, backyard vege patch, cycling to work thing. But we have decided to talk more about the Farm, name it as a “living project” because that way more people get to know about it than just the handful of people we might invite to a housewarming. Moreover, in other ways, Earlwood Farm fails because we do not want to live off the grid and we cannot alone transform that grid. We have high hopes to be able to live mindfully with the place, but we cannot ourselves reconcile the tensions and contradictions involved with living in a western society. And we still have to survive in Sydney and the labour market values our time spent away from home much more highly than the time spent feeding our worms and chickens. That said, for us, not to do it would be worse. Not to at least try and live with those contradictions and slowly chip away at them on a personal and hopefully broader political level.

The Yurt Empire is a much bigger project. Involving 18 artists, the project is an attempt to graft an artist’s colony and economy onto a site undergoing urban renewal. It is a live artwork about housing and living: a remix of artist-led economies, urban renewal and permaculture design. The idea of Yurt Empire is to build a kind of splinter society in which all are welcome. We no longer want to be artists engaged in the project of gentrification, but as artists we want to claim a right to the city in order to imagine the alternative vision of the city, an neo-agrarian fantasy of portable housing, urban agriculture and an abundance of public space.  Thus far, Yurt Empire is a concept rather than a reality. The Yurt Empire is an empire without territory or place. But driven by a desire to radically reimagine how we use land, how we make places. In our attempts to secure land in the city, to have access to a site undergoing renewal, what the project has thus far revealed is that artists only have a right to the city on the city’s terms. We are agents of gentrification or we are denied access to the site. That said, no radical imperialist project goes down without a fight and the desire to at least demonstrate an alternative vision for what the city could be drives the artists involved to keep working towards that goal.

Both these projects are incomplete, compromised and pleasurable. They are about the processes of living and the politics of dwelling. We may never save a particular patch of land doing what we do